I've been involved with online social networks since 2006 and over the years I have continually been struck by the generosity of the people I've met.

In the "early days" I was heavily involved in YouTube. When it became clear that the people I watched  (nalts, nutcheese, zipster08, mugglesam, etc.) actually got together and met in real life (there was video proving it!) I was - quite honestly - shocked. This stuff, these people, exist.

I became involved by commenting on and responding to videos created by people who interested me. In this way I was able to meet (many in real life) the people I most admired. We worked together on "collabs" (video collaborations) and created entire birthday channels for our friends. We raised money for causes we felt were important. We met in real life and made videos... or just hung out. It was a lot of fun.

Through it all what struck me was the generosity of the people I met. Not only were they freely giving of their time (filming, editing, etc) but they also provided unbiased personal support. There were real connections.

Transitioning to facebook and twitter happened when my friends from YouTube began experimenting outside the video box. I joined the convoy and started up my own accounts. We stayed together as a group. Following and friending each other, some of us spending more time tweeting then filming (me for instance) but we kept up with each other's lives in the same way that one does with an office-mate or neighbor. Mostly we became - continued to be - friends.

Twitter, for me, has been even more fruitful. I follow 1300 people and there is some percentage (maybe 10%?) that I know in real life. The communities or (as Shel Israel calls it in his book Twitterville) neighborhoods I joined were varied. Yes, there were YouTubers, but there was also geographically local businesses and people; mommy bloggers sucked me in; and then Tech News in general. Within each of these 'hoods were individual tweeters with whom I truly connected, befriended, and even dated. 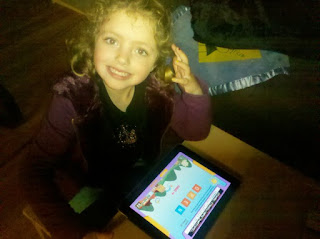 Once again, the generosity of these people never fails to floor me. They take time to answer questions, offer advice and are the biggest cheerleaders when support is needed. And all that is from their hearts. My communities are equally as generous with physical things. When I lamented to twitter that I couldn't afford to buy Joe a DS for Chanukah a DM appeared saying, "hey, I have a DS I never use and would LOVE to give it to Joe." When I complained one morning about not having coffee, a peets gift card arrived in my email. A friend - who I know from YouTube and met once, briefly - saw my tweet "with all the iPad contests I've entered, you'd think I'd have won one by now." Guess what came in the post last month? Yeah. And these are only some examples.

I try to be generous also - retweeting, commenting, pointing, supporting, connecting. I don't have money or goods, but I do what I can because it makes me feel good and it will make me feel better if I can help them succeed.

FOLLOW UP:
This blog posts to facebook in the "notes" section and I get more conversation over there than here. One of my friends posted the following comment (copied here with her consent) and I think she makes some excellent points. Milo is her 10 year old son.


It is my personal belief that I would have lost my mind with Milo's Duchenne diagnosis, if it weren't for all the amazing women I have met who see me through every day. I do think some things are easier online. In real life, I am often struck by the divide of politics, or class, or midwest vs coast, or some nervous tic someone has that drives me away. Online we can hone our focus and look at just the one connection closely without being hindered by the petty reasons to disconnect. I live by the emotional support I get from other Duchenne moms.
Sadly, and probably more obviously, the lack of any social normative sense of politeness (the kind where you have to face one another) means some people mistreat each other easier too, as I have found in more than one occasion of total flaming and shunning because of a slight difference of opinion.
For me, it's both a haven and a pit of snakes and figuring out the difference is the key.
Posted by Cori Kesler at 5:33 PM