The Maiden, the Bitch and Prince Charming (or, The Zombie Princess)

Maia and Joe have been really into old Disney movies. Cinderella, Sleeping Beauty and Snow White are favorites. Have you watched these films lately?

The casts are painfully identical. All star a poorly treated (dare I say abused) maiden; an evil older woman; and a man–but not just any man, noooo–this guy is Prince Charming himself!

Similarities continue with the plot: maiden lives under the control of the bitchy older woman, goes through a series of horrid events, makes some friends, is found by Prince Charming and lives happily ever after. 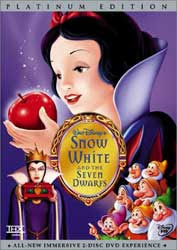 Of the three, I think Snow White is most disturbing. There is a terrifying scene in which she is lost in the forest, eyes stare at her from every which way, screeches and moans can be heard before she collapses into a heap of trembling sobs. It's like a really bad LSD trip.

Snow White makes friends with seven men, dwarfs actually, who live and work together in the woods (WTF??). The guys are slobs and keep her around because she cooks and cleans for them. Furthermore, ALL seven of them harbor secret crushes on her and fight for private places to get their nuts off (OK, I made this part up. But it
Posted by Cori Kesler at 9:53 PM 3 comments: