Accountability and Why Twitter Should Have a Dating Component 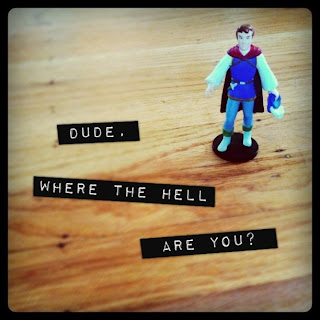 It's no secret that I spent several months testing my luck on a couple of dating websites. I met a lot of guys. Had a lot of fun first dates. A few seconds. And zero thirds.

A few weeks ago, a friend who's known me for years set me up with one of her coworkers. We met for coffee and got along well. Several enjoyable dates later it became apparent that we were not a match, but we had a few lovely meals, a couple of hikes and many long conversations. It was nice getting to know each other.

Let's just say that the men I've met via dating sites were more comfortable cruising to second base (or stealing third) than men I'd met through friends. Why? Because he knew me from nothing - no connection, no commonalities - if he chose to attempt a homer and then never call again I'd be the only one to know he's an ass. No skin off his back.

The other guy - the one I met through a friend? He's accountable to her. He knows that if he's rude to me or does something unreasonable that it will be reported to our mutual friend. It could make him look bad if he tries to jump bases. He doesn't want to look less than stellar, so he's polite, nice, even chivalrous.

I've been on twitter for several years (@berzerkeley) and have built up a wonderful community of friends. (People who don't tweet don't understand this, but those of you who do - and I'll bet there are at least a few of you reading this - get it.) Many are parents. Single moms and single dads. Some are from Berkeley. Most are not. But they all have a presence on twitter. Through this community I've met and dated a few different people. Because we followed each other on twitter we had a base understanding of each other and a connection via a common group of people. In other words, we were both accountable to the twitter community from which we met. If either went "out of bounds" there was a danger of it being reported publicly. In my circle this breeds good behavior. The experiences were excellent. Better than anything I ever found on OKCupid or jDate.

Back in 2008 I made a (fictional) video about just this. In the three years since then, meeting people through social media in general and twitter in particular has become a more acceptable venture. So I'm wondering, why hasn't this been mined.

Developers, coders, app-creators - whatever you're called - could someone please create a dating site from what already exists in the twitterverse? Can you make it easier to search single men my age and geographically near me, so I can stalk - I mean follow - them? And that's just the beginning. Hashtags and lists can be brought into the mix. Come now. It can't be that hard.