Recently I took about six inches off the length of my hair. I did it in two steps - three inches at a time. The result is a chin length bob - straight and tidy. Friends on facebook used words like professional, sassy, sexy, sophisticated. The cafe owner around the corner said - you should have done this years ago. Acquaintances ask me how I feel about such a big change.

One part of me feels this is ridiculous. It's (only) hair. It grows back. Another part is relieved that those years of growth are shorn - those (dead) hair cells contained all the angst and drama and sadness from years ago - the hair that remains is newer and reflects the person I'm striving to be.

So when Maia asked to have her hair cut like mine I was only little surprised by my immediate rejection. True the time and energy saved by NOT having to  maintain her long locks would make both our lives easier, but her tangled mane contains so many memories and discussions and arguments and love...

Then I think - it's HAIR. Let's cut off her 10 inches and send them to Locks of Love so a child - who's loss of hair is truly emotionally and physically significant - can have a sense of normalcy.

I made an appointment for her next week. An old friend will be cutting Maia's hair - a stylist who gave Joe his first cut. Somehow this comforts me.

Maia will look adorable in a bob.
Posted by Cori Kesler at 7:14 PM 2 comments: 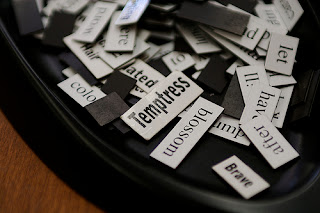 Have you ever had a conversation with someone and come out of it realizing that neither of you understood what the other was saying? Even when speaking the "same" language our messages can be misinterpreted because words are like shells we've created around objects and feelings. They are fragile. We speak our own truths which are absorbed, shuffled and reorganized by the person to whom we talk. Once words leave the safety of our mouths, (head, heart) they become the property of those who have heard them. And they, dear speaker, can do anything they'd like with the colloquy offered. Everyone has an agenda and they will hear what is needed to fill it.

Words: they mean nothing. 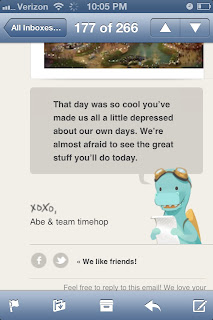 Timehop sends my feed from exactly a year ago. It also tells me what the day and weather were like and if anything significant occurred. Best of all it gives me a pep talk, saying I'm awesome (or not) in a little note at the end of each report.

Offering a deeper look into your online life is Memolane - it too sends a daily email. Rather than limit itself to a single year, this service can reach back further and I find myself viewing tweets I wrote four years ago when at the age of seven, for example, Joe coined the word "republicat". I love being reminded of my son's quiet genius.

On the other hand, there is always a risk that I'll be reminded of a horrible day. In fact, it happens more often than I would like. Occasionally it gets me down, but more often I'm grateful for how far I've come.

There are other apps that are offering this service (foursquare, for one). Do you subscribe to any? Why do we find our own pasts so fascinating?

What I See (Wordless Wednesday)

On Wednesdays all over the internet, bloggers post a photograph with no words to explain it on their blog. Hence the ‘wordless’ title. The idea is that the photo itself says so much that it doesn’t need any description. 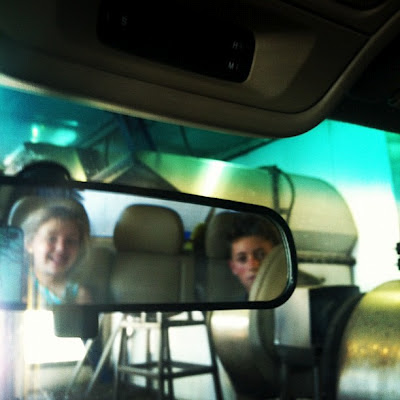 Posted by Cori Kesler at 3:36 PM No comments:

One Summer with Mrs. Stahl

A twitter friend recently pointed me to an article in a local paper regarding a book being written about Knishes and featuring Mrs. Stahl's Potato Knishes - a store that was once owned by my great uncle Morris and his brother Sam. It was a family business and everyone worked there - at least for a little bit. This is a story about the few days I worked behind the counter. It is as I remember it, and I'm absolutely positively sure that my memory is flawed.

Read more »
Posted by Cori Kesler at 3:41 PM No comments:

I Should Have Named him Pimm

Adopting him was not something that was done spontaneously. I'd been thinking about it for nearly a year. Moses, my 88lb, 13-year-old shepherd, was getting old and seemed bored. Moreover, (and perhaps selfishly) I don't want to face an empty house when he passes. And, I wanted a smaller dog for lap cuddles and buoyant, unconditional love. I searched - mostly online resources like AdoptAPet.com and Craigslist - for several months until, on July 1, I stumbled across Sam's pictures.


I was immediately struck by his similar - though much smaller - appearance to Moses. Equally striking was his name, Sam, which is the name of the owner of a cafe I frequent... Sam owns the cafe with his brother, aptly named Moses. I figured it was a sign from the universe so I clicked through.

The link led me to facebook where an organization called Loup Garou was offering him for adoption. This organizations finds black dogs in high-kill shelters and fosters them until a forever-home can be found. Why black animals? Because they are the last to be adopted and the first to be euthanized. They just don't photograph well. They also look a tad scary.

I inquired about Sam's availability and they immediately responded that he was being neutered and would be available to visit in a week or so.

But July was a busy month and adopting a dog fell to the bottom of my list. When I finally emerged from the chaos of work, vacation and summer organization it was already August. I went back to the Loup Garou website assuming that Sam had already been adopted and hoping to find another dog who might interest me... but there was Sammy. Grinning and available and being shown that weekend at an adoption fair in San Francisco. Another sign. 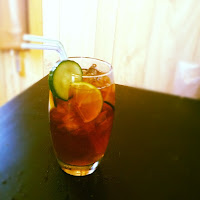 I made arrangements to meet a friend for brunch near where the adoption fair was located. I'll remember it forever because it was an unusually gorgeous San Francisco day and we sat out on the back patio. She ordered a Pimm's Cup, which I'd never seen or heard of but looked delicious so I ordered one too. It's a beautiful refreshing drink made from Pimm's No.1, ginger ale, lime and garnished with cucumber (the essential ingredient.) I was mesmerized.

Two hours later and feeling light on my Pimm's-coated feet,  I strode down Market Street to meet Sam for the first time.

I was greeted with big hellos from the organizers and foster "parents" who had been advised I was coming to check out Sammy. They led me too him and there he was, busy playing with the other little pups, but quite clearly mine.

I signed some papers and took the little fellow home and now I can't imagine life without him... Or cucumber, ginger ale and Pimm's in my fridge. Cheers!

In October of  2010 I participated in a YouTube project called "Vlogtober" in which I posted a daily vlog to my YouTube channel. It was an interesting exercise which I completely skipped last year. Now, in an attempt to get myself writing again, I'm pronouncing October 2012: Blogtober.

Every day this month I'll post something here on my blog. It may be useless trivia, a personal story, an app review... Who knows? But there will be something.