Hey you! I saw your son at the climbing gym today. I said hi, but I'm not sure he recognized me. He bend his head to the side, said hi, and then went running off with his friend. :)

The fellow who posted the comment is one half of a couple who my ex and I socialize with when we were married. Like many "couple-friends," there was awkwardness upon the dissolution of our marriage. I stopped hanging out with them so much... no hard feelings. Just how it goes sometimes.

Anyway, a few weeks ago I received an invitation to their yearly "Pajama Cookie Party" via evite. I hadn't responded so I took this opportunity to post on my friend's facebook page:

How are you guys? Thanks for the invite to the cookie party. Gonna have to decline this year but I'd love to see you guys. Joe's friend's dad works at the climbing gym so he is there a lot. :)

His response is what floored me:

We are great! Sorry to hear you will miss the cookie party. You were the early favorite to win the pajama award in the adult category. Hope to see you sometime soon.

HUH? The adult category? Did he think that I'd show up in a negligee ? (As opposed the the flannel panda pajamas I wore a couple years ago.) And why did he think I'd show up in such an outfit? Cause I'm single? Or was he flirting? Which is also unacceptable seeing how he's married and all. What the f*ck?

Several friends have told me I'm being too sensitive. That he didn't mean anything and was trying to be flattering. He failed cause men fail at these types of things.

But I'm kind of hurt and insulted. I wonder if it's how our other couple-friends view me as well. If that is why they've stop socializing with me.

Do you think I'm overreacting? What are your views? 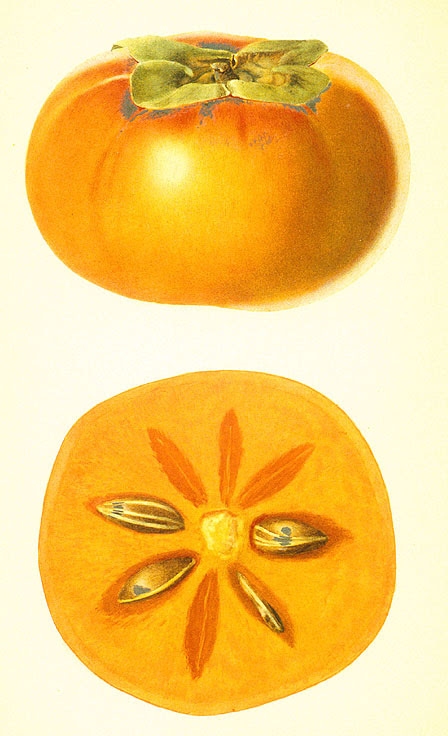 Here in Berkeley the sustainable food movement is big. That means a lot of people grow their own food and those who don't like to buy local. We can do that at the many farmers markets around town and at several local grocers known for their work with local farms such as Monterey Market and Berkeley Bowl. This means that the fruit that crosses our plates changes with the seasons. Peaches, plums, apricots and berries in the summer; apples and pears in the fall; and citrus, in the winter. But winter comes with a little twist of a treat. Persimmons. Fuyu persimmons in particular are mother nature's winter apology for its lack of stone fruit.

My favorite winter salad is a mix of Fuyu Persimmons, fennel and pomegranate seeds (another winter delight). Here you go:

• Remove the seeds from the pomegranate and place in a bowl
• Cut the fennel bulb into very thin slices
• Peel the persimmons and cut into thin slices
• For the dressing: whisk together the oranges juice, olive oil, vinegar, shallots salt and pepper and pour over the salad
• Toss and serve immediately
Posted by Cori Kesler at 5:30 PM 2 comments:

Email ThisBlogThis!Share to TwitterShare to FacebookShare to Pinterest
Labels: recipe

The Story of The House

In August I moved myself and the kids from our small transitional apartment to a slightly larger nearby house. It's great because it has a finished basement that I use as an office. The main living area is small, the kitchen and bathroom pretty much suck, but it has a big yard, nice wood floors and gets a lot of light; I can see the Berkeley Hills between the rooftops looking east and pink sun-set skies looking west.
The landlady gave me little to no information regarding the last tenant except that "she" was here a long time. However, soon I met the neighbors and from them I've pieced together the real story of the house.

Mr. Henderson bought this house back in the 50's. He and his wife raised two kids here - until they got divorced about 15 years in. My landlady grew up here. She had the room I'm sleeping in. Her brother had my kids' room and her parents slept downstairs in what is now my office. At some point in her adult life my landlady became estranged from her father. I guess they didn't get along well.

This year Mr. Henderson passed away and his daughter inherited the house. She had the floors refinished, threw up a coat of paint, updated the gas heater and put it up for rent. I became the lucky tenant.

While living here over the past several months, I've developed a fondness for (the deceased) Mr. Henderson. His presence is everywhere. From the garden equipment stacked neatly in the garage to the wires and duck tape he used to keep the stair rails in place. Evidently he adored lanterns and decided to use these outdoor fixtures in all the hallways and several rooms. They jut out proudly from the walls. (Watch your head!)

Mr. Henderson did not believe in replacing things. If it was broken, he fixed it-any way he could. He also wasn't the best housekeeper and I have yet to get all the grime off the bathroom floor. His ex-wife had trendy taste in decor and I don't think Mr. Henderson ever changed what she did in the early '60s. So I live with fabricated plastic stone walls in the living room and wood paneling in the bedrooms. I've managed to mostly cover the mirrored gold-marble tiles around the fireplace with a piece of furniture, but some things can't be hidden and must simply be embraced.

Upon request, the landlady has replaced the stove/oven and added a portable dishwasher as well as a clothes dryer. I've cleaned what I can and made use of the space in a way that best suits our family. I hardly notice the outdated style anymore - leftover on my walls, in my bathroom, the yard. It's my surroundings. My life somehow meshed with Mr. Henderson's.... But when friends come over for the first time I can see they don't know quite what to say. The reactions are priceless and I'm reminded that the interior is a bit silly. I'm always asked why I don't change it.