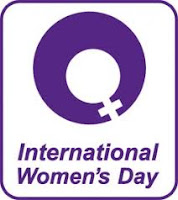 The project was phase two of a job I'd been invited to apply for with a well known publishing company in San Francisco. My advising professor at the GTU Masters Program in Jewish Studies had a book being published with them and had recommended me for the position; it was the first (ie. only) interesting prospect that had come my way since graduating. The position's title: Marketing Associate, World Religion and Women's Studies Books.

Having never written "copy" in my life (academic papers don't count) I took on the task the only way I knew how: research. Mind you, this was before the Internet, so I couldn't just go online and google "how to write a book marketing plan," instead, I pulled out every book I owned (hundreds) and read flap and panels as if they were works of art (some were!). I went to the library and checked out books on copy writing, marketing and publicity. I studied it all and settled in to work.

I got the second interview. And honestly, I wasn't surprised. My writing was excellent - I'd agonized over every word - and the marketing plan was tight. It covered every form of media (at the time) and offered solutions to travel costs that included hi tech things like "radio phone interviews." If there was one thing I'd learned during all those years at school, it was how to research the hell out of things.

What I didn't learn was how to interview.

The hiring manager and I had met the week before (he gave me the test-project). He too had been a divinity student and we'd hit it off immediately. He gave me the lo-down on what to expect and sent me off. Over the course of the day I was interviewed by two editors, the publisher, the director of publicity, the president and human resources. I can think of a zillion things I said during those conversations that should have cost me the job. For example, when one editor said, "your writing is excellent, can you tell me why you want to go into marketing instead of editing?" In my head I'm thinking, "um, because the job opening is in the Marketing Department and I need a job?" Out loud: "Marketing just seems much more interesting and fun than editing." Yes, I said this to the editor. Or how about what I said to the president when she asked me what I do "in my spare time." Brilliantly: "oh, I read. One of my favorite magazines is xxx, isn't it published by this company?" "It may have the same name as us, but we've never had anything to do with that magazine." It gets worse. In Human Resources I was asked "how did it go?" "Oh, it went great. I especially enjoyed meeting with that woman who had the big fancy office." "You mean xxx, the president?" Uh. Yeah. Her. Can we say foot in mouth? Palm to face?

Hindsight isn't always twenty twenty and it's taken a long time for me to realize that I had some huge cheerleaders rooting for me behind the scenes. My professor - about to publish his first book with this company - was no doubt extremely influential: he wanted someone he knew to work on his book. It would serve him well if I were to get the job (and it did!) Furthermore, the support of the hiring manager, who seemed to think I was perfect for the job, was enormous. I imagine he had to do some pretty strong convincing to get me hired to that position. (Thanks Steve!)

The job was short lived (I was laid off with a third of the staff 8 months later) but what I learned about working with professionals in an office environment was invaluable for landing my next job and the next ....

So, International Woman's Day. It comes along every year ... I wonder if Terry Gross is interviewing anyone significant today ....
Posted by Cori Kesler at 12:44 PM 1 comment: